When we debuted Acappella at the Southern States Regional as a two year old, he gave us just a glimpse of what his future held as he marched to the top of the Two Year Old Stallion class and right on up to Junior Champion, and then Reserve Grand Champion Stallion with Shirley O’Gorman on the lead. He went on that year to win the same honors at the Mid A Regional, as well as the Two Year Old Park Harness Stake at the Penn Ohio Show, finishing with top three ribbons at the Grand National.

As a three year old, he took the Park Saddle division by storm, topping his age group at the Penn Ohio and Mid-Atlantic shows before wrapping up the year as the Three Year Old Park Saddle Stallion Grand National Champion. His four year old year was just as successful, as he was the Junior Park Saddle Champion at the Gold Cup and New York Regional, as well as Junior Park Harness Champion at the Mid-A Morgan.

Graduating to the open division, Shirley stepped him down to Pleasure and we enjoyed great rewards for her effort. He was the Open Pleasure Driving Champion at both the Gold Cup and Michigan All Morgan, as well as Top Ten in the World at Oklahoma. 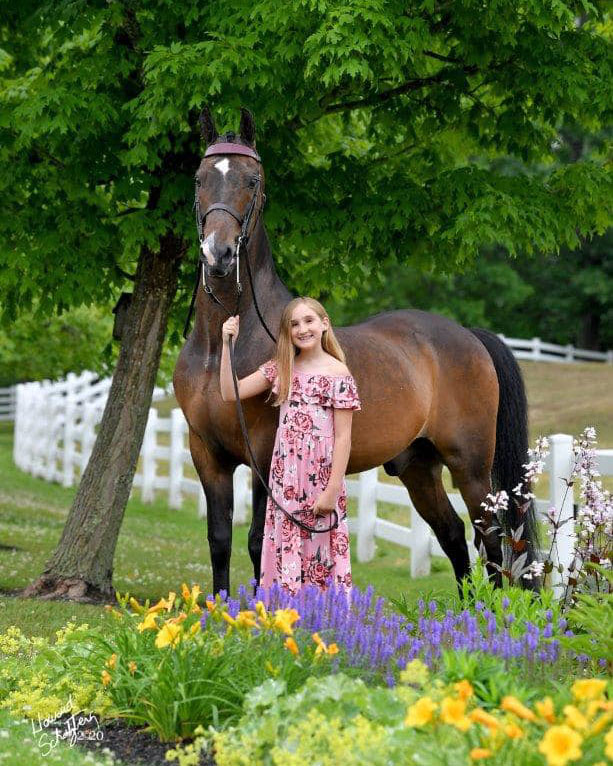 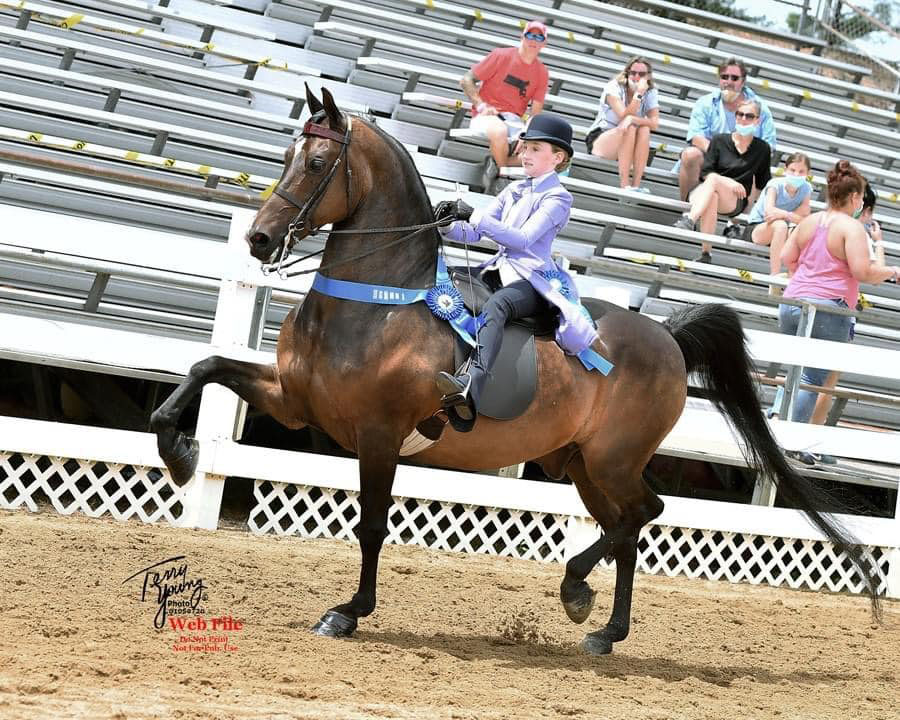 The year 2007 found Acappella with a new owner and a new trainer, as Deedee Ludlam and Luman Wadhams took over the reins and began to rack up the wins with this perennial performer. Winning in harness and under saddle, in open and amateur, he proved he was a show horse through and through and in his new frame as a gelding, the world opened up for him to concentrate on his competitive side. In 2008, he continued to win under saddle and caught the eye of trainer David Rand, who purchased him for his client the Kelley Family of Victory Lane Farm. This move has found this endearing gelding shared among deserving children within the Rand barn, teaching each one the thrill of victory and the hard work it takes to achieve it.

After starting off the 2009 season winning the English Pleasure Jackpot Stake at the UPHA Chapter 14 Spring Premiere with David in the irons, he made his first appearance with Leslie Kelley at the Southern States Regional where this new team won the Classic Pleasure Saddle Limit. Leslie was just warming him up for a new family star on the horizon, Miss Hannah Kelley, who made her debut with a blue ribbon ride at the Mid Atlantic Morgan in English Pleasure Saddle Walk/Trot 10-11. This adorable new pair had an unstoppable season with tricolors and blue ribbons at Connecticut Morgan, New England Regional and finally winning their first World Championship in Walk/Trot English Pleasure 11 & Under.

In 2010, Hannah and Acappella enjoyed success in both saddle and harness, stepping up to WTC in the Classic Pleasure division with wins at UPHA Chapter 14 Spring Premiere, Connecticut Morgan, Mid A Morgan and New England Regional, and ending their season as the Classic Pleasure Saddle Junior Exhibitor 13 & Under World Champions. They almost duplicated that season in 2011, and in October, Jack & Carol Gatewood’s Dantree Farm purchased Acappella for their first granddaughter, Kira Gendjar.

Kira and Acappella made a stunning debut at the 2012 Southern States Regional as the English Pleasure Walk/Trot 11 & Under Champions and went on to enjoy an undefeated season in this division, garnering tricolors at Syracuse International and the New England Regional. In 2013, they did it again and this time took it all the way to Oklahoma, where they were crowned Walk/Trot English Pleasure 11 & Under World Champions. The 2014 season was a mirror image of 2013, as Kira and her partner just kept getting better and better.

When Dantree Farm dispersed, the McDonald-Douglass family of Firewind Farm stepped up to stake their claim on Cappy. Paired with Casey’s talented daughter, Avery, we’ve enjoyed watching this wonderful team trot to victory in the Walk Trot division from New England to Oklahoma City.

Acappella is certainly the horse of a lifetime and Cherrydale Manor is both proud and blessed to have brought this great Morgan into the world for so many to enjoy.